A beloved and singular genius

Foreword
A beloved and singular genius

It may well be thanks to Mohamed Choukri that the Berber Library exists. My parents fled Morocco, so I am not a North-African, but that doesn’t mean that my background never confronts me with questions. Stories can give answers, but if your parents tell very few historic, epic or fairy tales, something else can save you: literature. When I was twelve I read Mohamed Choukri for the first time and ever since I have been rereading him. His stories lift the smoke screen that’s been put up by migration and behind which lays the hinterland.

Mohamed Choukri was born in 1935 in the village of Ayt Chicker in northeastern Morocco. Life was extremely tough and the Choukri family, as many other families, had to flee hunger and poverty. By foot they undertook the dangerous journey of hundreds of kilometers to Tetouan, in the western part of the Rif mountains. This venture, full of obstacles, and the crazy years that followed are recorded by Choukri in his worldwide bestseller For Bread Alone.
The novel opens with the phrase: “Surrounded by the other children I’m crying over the death of my uncle.” An opening which reveals that For Bread Alone does not harbour rosegardens – the only gardens we find in the book are graveyards, where little Mohamed feels safe; the dead won’t use, abuse or hit you.

Choukri was illiterate until he was twenty. His debut novel, For Bread Alone, appeared when he was thirty-eight, and it’s an outright eruption, with phrases of lava that still haven’t solidified since their publication in 1973. For Bread Alone first appeared in English. Choukri had translated it himself from the Arabic, together with the American writer Paul Bowles, and it was published in Morocco in 1982. For Bread Alone was the start of a trilogy.

The novel was unique for the literature of North-Africa and the Arab world; it was the first autobiography, which instantly turned Choukri into Morocco’s most famous author. The Secretary of Interior Affairs at the time put For Bread Alone on the black list. According to the official announcement the book was forbidden because of the explicit sex scenes, but rumour has it that Choukri called the secretary a complete waste of space when they met. I believe the latter, as Choukri was someone who couldn’t care less about authority. Would the secretary actually have read it? Very few of the Moroccan powers that be venture into literature. Whomever examins the Moroccon king and president does not see readers, but brutes.

For Bread Alone is not only an oppressive novel that makes us aware of the consequences of hunger, poverty and lovelessness, but also an interesting and important chronicle of the time, showing us, inhabitants of the Low Lands, the society in which the Moroccan migrant workers and their wifes grew up – very valuable knowledge for me as well.
The second part of the trilogy is called Streetwise, published when Choukri was fifty-seven. The child from the debut novel is now a twenty year old young man who turns up at an elementary school to end his illiteracy. He still sleeps in the streets of Tangiers, but now uses books as his pillow. The raw style of his debut has been replaced by a subtle pen, with even some humour. “Every man is a cur, no cunt remains pure.”

Choukri must have been hunted by fear whilst writing Streetwise, he penned it down in only a few weeks time. Just before doing so he had spent some time in a psychiatric hospital. It wasn’t the first time he stayed in a home for the depressed; in 1977 he wrote, on his hospital bed, to a befriended writer: “Take everything from me, don’t leave anything behind.” This phrase reflects the essence of his life. Each time he had his life back in order, he’d drink the bottle of destruction until the last drop, just to start the same proces all over again. Why Choukri was self destructive and kept reconstructing himself was something I only got to understand when a friend of mine translated his poem”The Sweet Distance”. The first phrases are:

The distance between us brings me even closer to you
I come to you from far, and go away again
Leaving you, I already hope for a return
when I’m only half way gone

Choukri wrote this poem to himself. All of his life he has been travelling to his Me, and each time he came closer to his identity, he ended up fleeing in alcohol, kif and prostitutes. After the inevitable excess, he’d find himself once again in a clinic – after which the cycle started again.

Choukri was a singular person, and a beloved person. One night in 2008 I asked a taxi driver in Tangiers to take me to a restaurant. He refused, saying the ride was too short. The next morning I had planned to visit the graveyard where the writer was burried. I ordered a taxi at the hotel reception, to avoid getting rebuffed again at the taxi stand. The driver who turned up at the hotel was the same one who had turned me down the day before. When I asked him if the address given by the hotel receptionist was far enough for him, he shrugged. I reminded him what had happened the previous day. “I’ve never seen you before and I have an excellent memory,” he said. To make the ambiance a bit friendlier I asked him if he knew Mohamed Choukri. Of course he knew who the famous writer was! He relaxed visibly. He was Choukri himself, having ran away from home as well, just like everybody else in Tangiers; he’d slept in the street, he’d known hunger. The taxi driver spoke gently, as if he was talking about a well-beloved family member.

Choukri might have been an odd figure in Tangiers, who didn’t mince his words, walked around with a dog, drank at the café daily (and not cortados), ignoring religious rules and cultural conventions, but that willful person was the one who gave him, the taxi driver, and the common people a voice in between the book covers.

In Faces, the final and most beautifully written part of the trilogy, we also read about the lifes of the underprivileged, specifically those in Tangiers, home of the homeless. Choukri was sixty-one when Faces appeared. Up until a few years before his death, at each reprint he’d change some paragraphs or add new elements.

Tangiers is a mysterious and fabulous place with many faces. Some of its inhabitants are the main characters of this book. They are the heart of the city, that knows no mercy and doesn’t forgive, as Choukri once put it in the travel section of a German newspaper. In crystal clear writing Choukri draws the map of this mythical, several thousand years old city. The journey ends with “My face in the seasons”, literally and metaphorically the closing chapter of Choukri’s life as a writer. “We had no mirrors at home, because none of us wanted to see their face,” is its first, magnificent phrase. The time has come to look in the mirror. What ensues is a deeply touching, frantic finale. He follows the cycle of the three seasons, which also symbolise the trilogy. Not a word about winter – silence, death.
I stepped out of the taxi and walked to the writer’s grave. A crippled young man, dressed in a thick woolen overcoat despite the heat, handed me a poppy. I bowed deeply and placed the wild rose on the tomb, a resting place like any other, burried amongst his people.

Such a life, such stories. At the age of sixty-eight the literary mountain god shut his eyes.

What you can read next 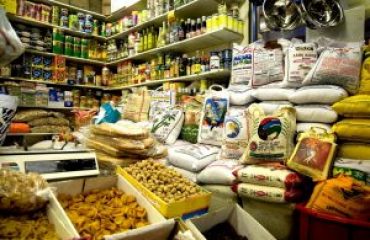 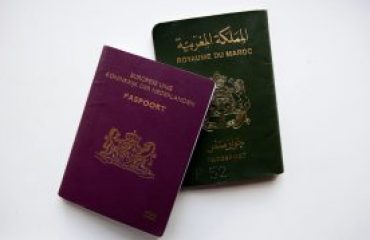 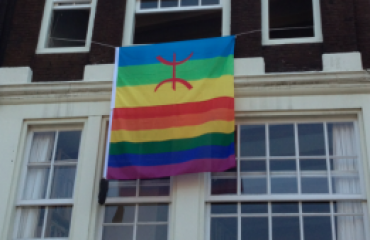