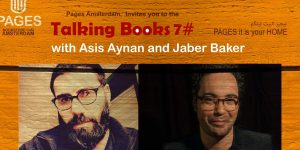 In our monthly talkshow Dutch writer Asis Aynan and Syrian writer Jaber Baker will talk about the friction between real life and fiction. After the talking there wil be music with an Oud-player from Syria.

Asis Aynan (Haarlem, 1980) is a Dutch writer and initiator of the Berber library, a series of literary classics from the Maghreb translated into Dutch. He published three books. His novel (in cooperation with Hassan Bahara) ‘I, Driss’ is about the life of true fictional hero and immigrant Driss Tafersiti.

Jaber Baker (al-Qalamuun, 1981) is a Syrian writer and journalist. In his novel ‘601’, named after an infamous military hospital in Damascus, he wrote down the life story of a Syrian refugee in Amsterdam and his time in prison in ‘601′.

Every month, Pages Bookstore Café organizes an encounter between a Syrian and a Dutch writer around a certain theme. Many Syrian writers based in the Netherlands are keen to get in touch with their Dutch colleagues. They are curious to learn about Dutch literature and art, the themes, and motives. Conversely, Dutch writers would like to hear their Syrian counterparts tell about their literature, and how their themes and motives are affected by constant political upheaval. In the end, both Syrian and Dutch writers have a common goal: to create and ensure high-minded works.
With Syrian writers settling in the Netherlands, it is inevitable that their literature will be produced here. So, it’s time to get to know each other!

What you can read next 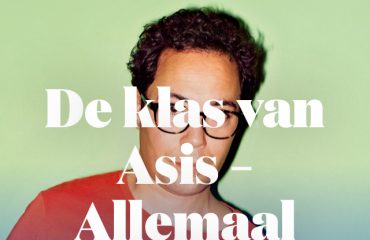 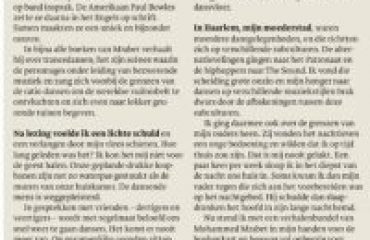